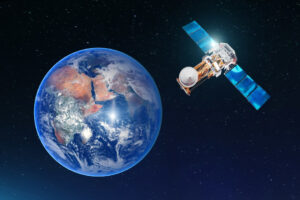 SEAKR, based in Centennial, Colorado, was selected by DARPA in 2019 to develop the artificial brain of the agency’s Blackjack satellite network. The new contract is for work to be completed by March 2022.

DARPA began the Blackjack program in 2018 in an effort to demonstrate the use of small satellites in low Earth orbit to provide services like communications, missile warning and navigation. SEAKR is developing the so-called Pit Boss artificial intelligence system that will enable the Blackjack constellation to operate autonomously.

DARPA plans to launch an on-orbit technology demonstration of Pit Boss in 2021. If the technology works, it will make it possible to process more data in space and accelerate the timeline for moving data to military users around the world.

The entire Blackjack constellation is projected to have as many as 20 satellites. DARPA has ordered 10 buses so far from Blue Canyon Technologies. Raytheon is providing missile warning infrared sensors. Lockheed Martin was selected as the satellite integrator.