The Space Force’s Space and Missile Systems Center will test the use of digital engineering in three satellite programs.
SpaceNews 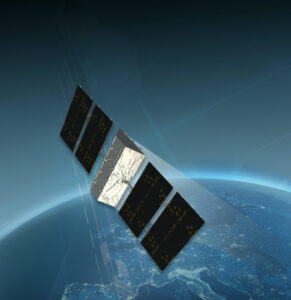 WASHINGTON — The U.S. Space Force over the next few years will be testing a new approach to develop military space hardware.

Under this vision, military buyers and contractors will work collaboratively in virtual cloud networks. Each piece of equipment will exist as a digital model. And once the design is finished, the digital information will be used for the entire life of a system — from development to production and for eventual upgrades.

The digital workflow, also known as digital engineering, is commonplace in many industries but is unfamiliar to Pentagon procurement organizations that have not managed programs in digital environments where information is more openly shared.

The Space Force’s Space and Missile Systems Center wants to move down this path but has a lot to figure out, said SMC’s commander Lt. Gen. John Thompson.

“There have been some remarkable digital accomplishments on the aviation side. In space, we need to learn and chart our own course,” Thompson said Oct. 21 at a virtual space industry conference organized by AFCEA, the National Defense Industrial Association and the Air Force Association.

Digital engineering is a dramatic departure from the military’s traditional processes. It would require SMC, for example, to move all program data to a cloud environment and ensure that it’s protected. The government, not the contractors, would own the  models so SMC program managers would be taking on a “systems integrator” role.

This approach offers many potential advantages but also will create challenges, Thompson said.

SMC will need help from the private sector to bring digital engineering to fruition, Thompson told the conference. “We want you to propose ideas for existing or future programs on how you might be able to get us closer to a digital vision.”

The Air Force’s senior procurement executive Will Roper has made digital engineering a priority for future programs. But Thomson warned that DoD has a history of jumping on trend bandwagons and he does not want digital engineering to be treated as such. “We don’t want digital engineering, digital thread, digital workforce, digital twins, any of the lingo to become buzzwords,” he said. “We want to have a common lexicon of what digital means. We can’t have these conversations turn into buzzword bingo and not be about the substance of what goes into it.”

SMC has identified three programs that will be test cases for digital engineering. They include two next-generation communications satellite programs and a modular satellite bus that could be adapted for multiple missions.

One is the Protected Anti-jam Tactical Satcom program that includes a family of satellites, a ground system and user terminals. Another is the Evolved Strategic Satcom program that will replace the existing Advanced Extremely High Frequency satellites. The third program is a combat bus modular spacecraft that the Space Force wants to develop for use across several programs.

Thompson said the pilot programs will help SMC figure out the technical, administrative and financial implications of moving to digital engineering.

“We know that there will be investments required to develop a digital ecosystem,”  he said. “And we’re working with Space Force headquarters to make that investment a reality.”