Despite dire predictions just six months ago, space companies in general, and startups in particular, have survived the pandemic and its economic fallout in relatively good shape.
SpaceNews 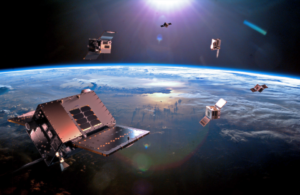 WASHINGTON — Despite dire predictions just six months ago, space companies in general, and startups in particular, have survived the pandemic and its economic fallout in relatively good shape.

In sessions at the three-day Satellite Innovation 2020 conference that concluded Oct. 8, executives and other industry observers concluded that the industry fared better than expected in the spring, when the pandemic caused a sharp drop in overall economic activity.

“Despite my worst fears, we seemed to have rolled through this whole COVID thing with not nearly the amount of damage I thought we could have sustained,” said Chris Quilty, president of Quilty Analytics, during an Oct. 6 panel. He credited an economy that, at least in some sectors, rebounded faster than expected in the last several months.

There has been some “roadkill” in the form of companies that filed for bankruptcy or laid off employees, he acknowledged, “but much less than I would have expected.”

Others noted that many companies in the space industry in the United States were classified as “critical infrastructure” by the federal government and could remain open during stay-at-home orders. Many also relied on the government as customers, which offered a stability not found in other sectors of the economy.

“Many companies in space have not had to shut down completely for a long time during this terrible year that, overall, globally everybody has had, which has been helping a lot in having a very positive outlook right now,” said Marco Villa, president and chief operating officer of Tyvak Nano-Satellite Systems. He noted there have been supply chain issues because some suppliers did shut down, “but they’re picking up again.”

That positive outlook extended to space startups. “We saw an active start in 2020, but then a slowdown and real pause” in venture investment, said Carissa Christensen, chief executive of Bryce Space and Technology. “The money didn’t disappear. It was a matter of so much uncertainty raising the question, ‘Do I need to preserve my available resources for my portfolio companies?’”

In recent months, she said a “loose consensus” emerged among investors that the economy is strong enough to make new investments. “It won’t be a record-breaking year, but it won’t be a year where no one could raise money.”

During an Oct. 7 presentation at the conference, Mark Boggett, chief executive of Seraphim Capital, a fund that invests in the space industry, said that investment in space companies in the 12 months ending June 30 was $3.2 billion, down from $3.6 billion in the previous year. That earlier 12-month period, though, included a $1.25 billion investment in OneWeb in March 2019.

“One of the biggest surprises in the data is how investor appetite has remained strong during the last few quarters of COVID,” he said, reporting that, in the second quarter of 2020, overall investment in space was up 7%.

One challenge for space startups, though, has been raising later, larger rounds of funding. During an Oct. 7 panel, Dara Panahy, a partner at Milbank LLC, cited data from Seraphim and other sources to note that investment in seed rounds had grown far faster than later rounds.

“It shows a bit of a tough patch for companies for companies to get past the seed,” said Tess Hatch, vice president at Bessemer Venture Partners, a venture capital firm.

John Serafini, chief executive of HawkEye 360, noted Oct. 8 he was seeing a “bifurcation” in the remote sensing industry in particular, with some companies that are able to raise larger rounds pulling away from competitors.

“There are companies that have raised material Series B rounds and are on the path to getting their full constellation on orbit, scaling their revenues and ultimately being able to exit, and companies that are struggling to raise Series A rounds,” he said. “The B round is the big differentiator.”

He argued there is plenty of capital available, but that many investors will stay on the sidelines until they see how well the current leaders in the market perform with the money they have raised. “Good companies attract good capital.”

Quilty also noted the challenge of companies raising larger rounds, but saw movement in that area, such as Iceye’s $87 million Series C round announced Sept. 22. He also saw growing signs of merger and acquisition (M&A) activity, such as through the increasing number of special-purpose acquisition corporations.

“I would suspect we will see a pickup in M&A activity. We’ll also see some large funding rounds going forward. All this is contingent on the economy holding up and no major shifts in the political environment,” he said. “It looks like it’s going to be another exciting year.”