SpaceX, Hughes Network Systems and Viasat are eligible to compete for a share of the $20.4 billion in broadband subsidies the FCC plans to dole out under the Rural Digital Opportunity Fund starting later this month.
SpaceNews 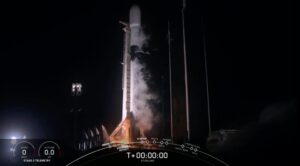 WASHINGTON — SpaceX, Hughes Network Systems and Viasat are eligible to compete for a share of the $20.4 billion in broadband subsidies the FCC plans to dole out under the Rural Digital Opportunity Fund (RDOF) starting later this month.

The Federal Communications Commission on Oct. 13 released a list  of  “qualified bidders” for the RDOF funds, which will be awarded via reverse auction to telecom providers bidding to bring subsidized voice and broadband internet services to rural communities and other underserved parts of the United States.

Nearly 400 telecom providers, including SpaceX, Hughes and Viasat, made the FCC’s list of qualified bidders.

Inclusion on the list makes them eligible to participate in an RDOF reverse auction set to begin Oct. 29. That’s when the FCC will begin accepting bids from telecom providers for delivering services to some six million homes and businesses in census blocks entirely unserved by voice and broadband with download speeds of at least 25 megabits per second. A second round of awards, the dates for which haven’t been set, will expand the program to cover partially served locations as well as locations passed over during the first round.

While there was little doubt that Hughes and ViaSat would make the list of qualified bidders, SpaceX’s inclusion wasn’t a given because the Starlink constellation does not yet offer commercial service.

In the lead up to the competition, satellite operators complained that the RDOF rules put too much emphasis on low signal latency, which they say will make it too tough to win a share of the funds.

Hughes and Viasat have long provided consumer internet services via geostationary satellites, building and launching new satellites providing fast enough downloads to meet the FCC’s definition of broadband. However, geostationary satellites —  because they orbit some 36,000 kilometers above the equator — suffer a roughly 1/2-second signal lag that disqualifies them from competing as low-latency services, defined by the FCC as 100 milliseconds or less lag.

SpaceX is going for faster speeds and lower latency than GEO broadband by deploying thousands of broadband satellites into low Earth orbit, boosting network capacity and reducing signal travel times. The company has launched more than 700 Starlink satellites since 2018 but has yet to introduce commercial service. While SpaceX has told the FCC that the low orbits chosen for Starlink ensure it can outperform the 100-millisecond performance standard, the FCC said this summer it remained unconvinced.