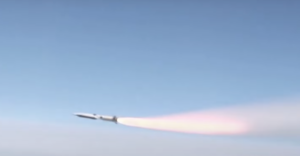 Heat protection is a critical technology to shield hypersonic vehicles from the intense heat experienced when flying at more than five times the speed of sound.

The contract was from the AFRL Materials and Manufacturing Directorate for a project called “multipurpose thermal protection systems for hypersonics.”

An AFRL spokesman said this was a competitive program with multiple bidders. The contract was awarded in December but was made public Feb. 26. News of the award was first reported by @AviationWeek

AFRL is researching advanced manufacturing technologies such as additive manufacturing for hypersonic air and space vehicles. The lab will test these techniques for the production of heat protection materials that hypersonic vehicles need to fly in extreme environments like ballistic reentry.