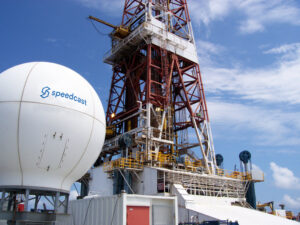 Centerbridge Partners, which manages about $28 billion of assets, has officially taken ownership of the company after completing all necessary regulatory and administrative requirements. The private equity firm invested $500 million into Speedcast as part of a deal that wiped out all its debt.

It also sees the previously Australia-based company become a U.S.-owned business, which it believes will significantly boost its presence in the government market.

Joe Spytek, who was promoted from chief commercial officer to CEO in January, said: “Today’s announcement is significant for Speedcast and while this is an important milestone, our work is far from over.

“Our emergence marks just the beginning for the new Speedcast organization — as a fundamentally improved company and the stable connectivity and technology partner that our customers need in a time of continued divestments and integrations across our sector.”

Speedcast filed for Chapter 11 bankruptcy protection in April 2020, after a decline in the pandemic-hit energy and maritime markets pushed the company over the edge.

It had amassed nearly $700 million in debt over years of acquisitions to consolidate the fragmented satellite services market, becoming the world’s biggest remote communications provider and sourcing more satellite capacity than any other company.

Spytek told SpaceNews that the new Speedcast is taking its foot off the acquisition gas pedal, focusing instead on integrating its businesses and the more than 60 different networks it currently operates.

Centerbridge senior managing director Jared Hendricks said: “We look forward to supporting Speedcast’s management team in building upon the company’s strong foundation to realize the growth opportunities that exist as they move forward.”