A new study by the Aerospace Corp. says there are growing opportunities for national security agencies to buy commercial services.
SpaceNews 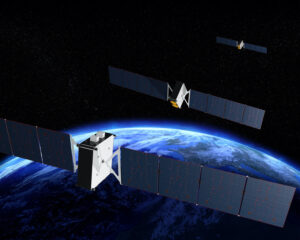 WASHINGTON — Commercial companies in the space industry are offering increasingly sophisticated services that previously only governments could provide. That shift has been apparent for years but many U.S. defense and intelligence agencies are still not seriously considering using these services as alternatives to traditional government programs, says a new study by the Aerospace Corporation.

Jamie Morin, executive director of the Aerospace Corporation’s Center for Space Policy and Strategy, told SpaceNews that the study is aimed at senior decision makers in the Department of Defense and the intelligence community  who may not fully understand what commercial space services are available and how to go about determining their value.

“In the current national security environment our sense is that the benefits outweigh the risks,” said Morin.

There are pockets within the government that are transitioning to commercial services, he said, “but it’s more happenstance than a strategy, and there are missed opportunities.”

Defense agencies that don’t work with the space industry “frequently assume that space still is what it was, they assume that all the cool stuff is being done by the government,” Morin said. “They often don’t recognize the degree to which all these new commercial providers actually offer things in some cases that nobody has done.”

According to the study, about 270 of the 620 remote sensing satellites in orbit are privately owned, about 200 of which are owned by U.S. companies, and about 50 are owned by the U.S. military or intelligence agencies.