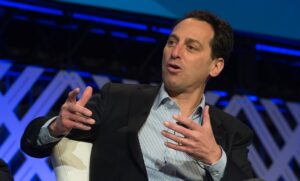 Under an agreement with Canada’s Public Sector Pension Investment Board (PSP Investments), Loral Space & Communications and Telesat Canada will become subsidiaries of Telesat Corp., which will be based in Ottowa and led by Telesat CEO Dan Goldberg.

Telesat sees public listing as a way to raise money for its multibillion dollar, 298-satellite Telesat LEO constellation. Telesat Corp. will be listed on the Nasdaq Global Select Market, where Loral is currently listed, following the closing of the transaction. Telesat Corp. also is considering obtaining a listing on a Canadian stock exchange, according to a Nov. 24 news release.

During an October earnings call, Goldberg was asked whether Telesat was considering an initial public offering. Without answering the question directly, he said, “Certainly if Telesat were to go public, and if Telesat were to issue equity as part of that process, the proceeds of an offering could be used to invest in LEO.”

Telesat Corp. shares will begin trading on Nasdaq sometime in the second or third quarter of 2021, pending regulatory approvals and approval of the transaction by Loral stockholders, including a majority of Loral’s stockholders not affiliated with MHR Fund Management, PSP Investments or other transaction participants.

“Today’s announcement rationalizes our corporate structure and is another important step in our efforts to execute our exciting growth strategy, deliver the most competitive and innovative services to our customers, and create value for our shareholders and other key stakeholders,” Goldberg said in a statement. “Following the closing of the transaction, Telesat will have access to the public equity markets, providing increased flexibility and optionality to support our promising investment opportunities, including Telesat LEO, which will bridge the digital divide both at home in Canada and around the world, and give our customers the competitive advantage they need to be successful. We look forward to engaging with our expanded shareholder base as we implement our growth plans with a focus on generating strong equity returns.”

Until the transaction is completed, Loral and PSP Investments remain the largest shareholders of Telesat, a satellite communications company founded in 1969.