European space mission integrator Telespazio is regrouping to go after emerging international initiatives, which it believes will help nearly double revenues in the next five years.
SpaceNews 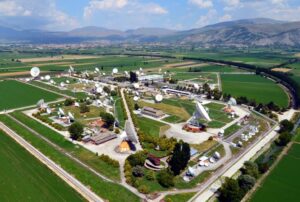 TAMPA, Fla. — European space mission integrator Telespazio is regrouping to go after emerging international initiatives, which it believes will help nearly double revenues in the next five years.

The joint venture between aerospace giants Thales Group of France and Italy’s Leonardo recently made its first acquisition under this strategy, buying the space activities of Italy-based Vitrociset to strengthen its support services.

The Vitrociset assets are being transferred from Leonardo, which finalized the acquisition of the entire company in January 2019.

Taking on Vitrociset’s space assets, including around 300 employees who are mainly engineers and technicians, is part of a new strategy at Telespazio to reach €1 billion in annual revenue in the next five years.

“The integration of Vitrociset is one of the first steps in the roadmap, others will follow as we are currently envisaging a significant number of opportunities in terms of both organic and inorganic growth,” Telespazio spokesperson Paolo Mazzetti said.

Starting from its role in programs like Galileo, he said the growth will come from domestic and international emerging space initiatives such as government satellite communications, lunar and Mars exploration, in-orbit servicing and space traffic management.

“All those are paving the way to the new space arena, relying on innovative services’ approaches, space applications and technologies in the upcoming years,” Mazzetti added.

Although the two companies have already been working closely together, they said the asset transfer will strengthen Telespazio’s positioning in the space services market, while creating operational and commercial synergies for Vitrociset.

The deal also expands Telespazio’s geographic presence in countries including Belgium and the Netherlands, and strengthens operations in French Guiana where Europe’s Kourou spaceport is located.

Mazzetti declined to discuss details about its ambitious five-year strategy, but said the company is exploring “a number of initiatives” of the kind it secured Feb. 23 with Sateliot, a Spanish satellite IoT startup.

Sateliot has been raising early-stage financing for a constellation of nearly 100 nano satellites, which will provide IoT services beyond the reach of 5G mobile networks.

Telespazio will use its logistics expertise to help Sateliot develop new IoT services in markets including seaborne freight, agriculture, infrastructure management and telecommunications. Thales Alenia Space is also helping to develop the constellation.

Other recent contracts include a five-year cooperation agreement between e-GEOS, formed by Telespazio (80%) and the Italian Space Agency (20%), and VENG, which was set up by Argentina’s space agency. The deal will help distribute data acquired outside Europe by Argentina’s SAOCOM observation satellites.

The deal was secured in partnership with ALTEC, a joint venture between Thales Alenia Space and the Italian Space Agency.