Three small launch vehicle developers won a combined $16.7 million in NASA contracts as part of an effort to support the development of new launch vehicles.
SpaceNews 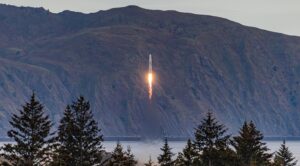 WASHINGTON — Three small launch vehicle developers won a combined $16.7 million in NASA contracts as part of an effort to support the development of new launch vehicles.

Astra Space, Firefly Aerospace and Relativity Space won the contracts through NASA’s Venture Class Launch Services (VCLS) 2 program, the agency announced Dec. 11. The companies will launch cubesats provided by NASA on those missions, with launches required by the end of June 2022.

In a request for proposals issued in July, the agency sought proposals for two specific types of missions. One, called Mission One, would be a dedicated launch of 30 kilograms of cubesats into a 500-kilometer mid-inclination orbit. The other, Mission Two, would launch 75 kilograms of cubesats into one 550-kilometer sun-synchronous orbit and 20 kilograms into a similar orbit, but in a plane separate from the first by at least 10 degrees.

None of the three companies have yet placed a payload in orbit. Astra performed its first orbital launch attempt in September from Pacific Spaceport Complex – Alaska on Kodiak Island, but a problem with the guidance system on the rocket triggered an engine shutdown, causing the rocket to crash near the launch site.

Astra is currently in a launch campaign for its Rocket 3.2 vehicle at Kodiak. The company postponed a launch attempt Dec. 11 because of poor weather, and says its next launch attempt will be no earlier than Dec. 14.

Firefly is preparing for the first launch of its Alpha rocket from Vandenberg Air Force Base in California. That launch is now expected in first quarter of 2021, the company said in a statement about its VCLS 2 contract.

Relativity is currently developing its Terran 1 rocket, with a first launch expected in late 2021, the company announced last month when it raised a $500 million Series D funding round.

The contracts are a follow-on to the original VCLS program NASA started in 2015 to support small launch vehicle development. It awarded contracts to Firefly Space Systems, Rocket Lab and Virgin Galactic for launches of NASA-sponsored cubesats.

Rocket Lab carried out its VCLS mission in December 2018, launching 10 cubesats for NASA. Firefly Space lost its contract in 2016 when the company filed for bankruptcy. The company’s assets were acquired and the company reconstituted as Firefly Aerospace in 2017.

Virgin Galactic spun out its LauncherOne air-launch program into a separate company, Virgin Orbit, which now holds the VCLS contract. The company has been planning to fly that mission as soon as Dec. 19, carrying 10 NASA-sponsored cubesats.

However, Virgin Orbit announced late Dec. 12 it was suspending launch preparations after COVID-19 contract tracing the day before “led to a new batch of precautionary quarantines.” The company said it no longer had enough personnel “to prudently and safely proceed with pre-launch operations” and thus halted preparations for a wet dress rehearsal, a practice before the launch attempt.

“Given the timelines associated with accurate Covid-19 testing results, this will impact our launch schedule,” the company stated. “We are assessing that impact now. We will be ready to fly soon, but the health of our team and their families remains at the forefront of our decisions.”