The U.S. Army plans to evaluate the performance of Isotropic Systems optical beam-forming antenna technology for sending communications through the SES satellites in geostationary and medium Earth orbit, under a contract of undisclosed value announced Sept. 24.
SpaceNews 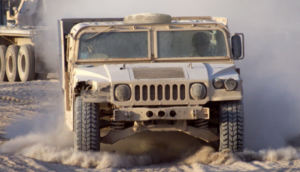 SAN FRANCISCO – The U.S. Army plans to evaluate the performance of Isotropic Systems optical beam-forming antennas for sending communications through the SES satellites in geostationary and medium Earth orbit, under a contract of undisclosed value announced Sept. 24.

The contract was awarded by the U.S. Air Force Research Laboratory to SES Government Solutions of Reston, Virginia, a subsidiary of Luxembourg-based satellite fleet operator SES, and to Isotropic Systems, a firm based in Reading, United Kingdom, with a U.S. business unit in Reston, Virginia.

The U.S. Army evaluation is the first contract award for Isotropic Systems in its work with SES Government Solutions. The two companies are working together to develop communications terminals to link government and commercial customers with SES O3b satellites and SES’s next-generation O3b mPower constellation.

For communicating on the move, the Army relies primarily on gimballed parabolic antennas that cannot track satellites in low and medium Earth orbit or keep up with increasing demands for high throughput, Brian Billman, Isotropic Systems vice president for product management, told SpaceNews.

In contrast, Isotropic Systems terminals are designed to connect simultaneously with multiple communications satellites and then switch to new satellites to improve data flow.

“Our antenna is designed to connect to multiple satellites within the field of view,” John Finney, Isotropic Systems founder and CEO, told SpaceNews. “Customers want an ability to route the traffic over the least costly or the highest performance links.”

“Without affecting the main communications link, the terminal can use its second or third beam to start mapping the sky looking for satellites of opportunity,” Billman said. “A terminal is evaluating the situation in real time, seeking multiple communication pathways to find the best link in any given scenario and switching between those links seamlessly.”

That pivot seems to be paying off. In May, Isotropic announced a contract with the Pentagon’s Defense Innovation to gauge the suitability of terminals for U.S. Navy vessels.