ULA said the delay in Dream Chaser’s first mission will not prevent Vulcan from getting certified on time for its first national security mission in 2022.
SpaceNews 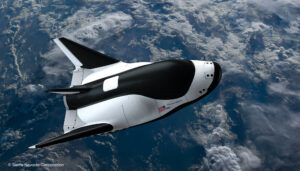 WASHINGTON — United Launch Alliance’s new rocket, the Vulcan Centaur, has to fly at least twice before it is certified by the U.S. Space Force to launch national security satellites starting in fiscal year 2022.

ULA said Vulcan’s first launch in 2021 will be a lunar lander for Astrobotic, a NASA contractor that will deliver payloads to the moon. The second flight also planned for 2021 was to carry Sierra Nevada’s Dream Chaser cargo spacecraft to the International Space Station.

Sierra Nevada announced Nov. 17 that the first flight of the Dream Chaser spacecraft to the ISS will slip to 2022 due to development delays caused by the pandemic.

ULA said the delay in Dream Chaser’s first mission will not prevent Vulcan from getting certified on time for its first national security mission in 2022.

“ULA’s goal for Vulcan Centaur development is to ensure we are ready to support our customers’ missions and launch dates whenever they are prepared to launch,” Rye said.

ULA and SpaceX are the two launch providers selected by the Space Force for the National Security Space Launch Phase 2 launch service procurement. On Aug. 7 ULA was awarded the first Phase 2 contract to launch two missions — one in the second quarter and the other in the fourth quarter fiscal year 2022.

Astrobotic and Sierra Nevada are the only two publicly announced customers for Vulcan. ULA did not say if it has another customer lined up for Vulcan’s second flight if Dream Chaser is not ready in 2022.

Under the terms of the Phase 2 procurement, if Vulcan is not certified on time, ULA will be allowed to offer the Atlas 5 as a substitute.