Vega C is the next generation of the European small lift launcher developed by Avio and is now ready for the maiden flight. The rocket will also launch the Space Rider in the near future and a new smaller and versatile version is under development. Since the beginning of the Vega program, improved versions of
SpaceNews 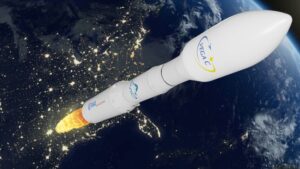 Vega C is the next generation of the European small lift launcher developed by Avio and is now ready for the maiden flight. The rocket will also launch the Space Rider in the near future and a new smaller and versatile version is under development.

Since the beginning of the Vega program, improved versions of the European small lift launcher were envisioned by the developer and main contractor: Avio. The first of these versions is Vega C (Vega Consolidated). The new rocket is more powerful than its predecessor, being capable of lifting up to 2,300 kilograms in Low Earth Orbit, about 60% more than the previous version. Vega C has the same configuration in common with Vega, consisting of three solid propelled stages and one liquid propelled upper stage. All the components have passed the scheduled tests needed before the first flight. 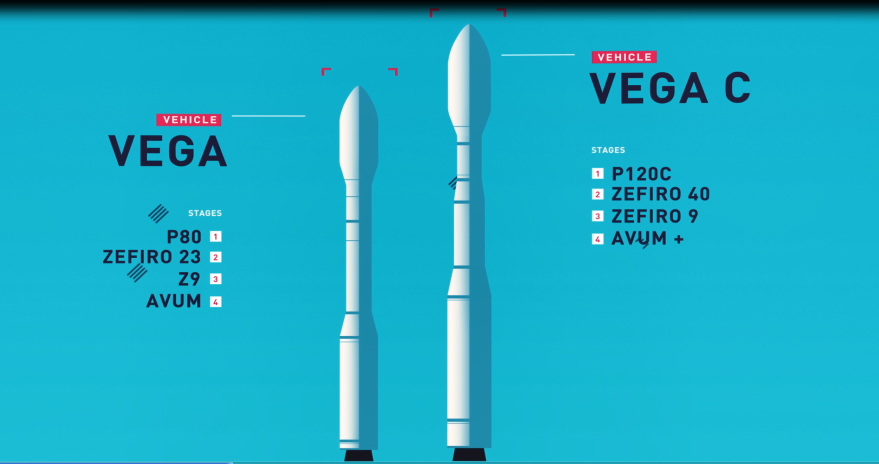 The first stage is the P120C. This solid rocket motor will lift the rocket off the pad and will propel it for the first 132.8 seconds. It will also be used as strap-on booster for the new European medium-heavy lift rocket Ariane 6. The second stage is the Zefiro 40, which will take over the flight for the following 92.9 seconds. Then, the Zefiro 9 will ignite. This stage is only identical in appearance to the one that equips Vega. For Vega C, the stage has been improved and is more powerful than the original version. On October 1st 2020 it passed the firing test at the Avio Space Propulsion Test Facility in Sardinia. The upper stage is the AVUM Plus, a restartable liquid-fueled engine, which will carry on the last phase of the flight and put the payload on the desired orbit.

The maiden flight of Vega C will put into orbit the LARES 2 satellite (Laser Relativity Satellite 2) for the Italian Space Agency (ASI). The satellite has a diameter of 42 centimeters and a mass of 395 kilograms. The payload is an improved version of the LARES satellite that was onboard Vega on its maiden flight back in 2012. LARES 2 will orbit the Earth at an altitude of 6,000 km with an inclination of about 70°.

Thanks to its improved capability, Vega C will be more flexible and versatile than its predecessor, increasing the market from 50% of LEO class satellites of Vega to 90%. The rocket can accommodate three different payload adapters: the VESPA C for launches of two satellites or cubesats and microsats on its internal platform; the VAMPIRE that can deploy one main payload and other small payloads; the Small Spacecraft Mission Service (SSMS), which was flown on Vega VV16 mission on September 2020. SSMS has the capability to carry multiple small satellites and cubesats (on VV16 they were 53) in Low Earth Orbit.

Vega C will launch the Space Rider. The program, led by the European Space Agency, consists of a reusable space vehicle with a payload capability of up to 800 kilograms. The spacecraft can accomplish a large variety of tasks such as scientific experiments in microgravity, in orbit technology demonstrations for Earth observation and monitoring, telecommunications, and robotic space exploration. Finally, yet most importantly, the Space Rider will also provide Europe with the capability of in-orbit servicing for satellites and of mitigating space debris risks, through the displacement of damaged or inoperative assets. The space vehicle is designed to operate on different orbital inclinations to be versatile.

Avio is developing a scaled-down version of Vega C, named Vega C Light. This rocket will not be equipped with the P120 C, consisting only of Zefiro 40, Zefiro 9 (improved) and AVUM plus stages. The Light version will compete in the market segment of launchers dedicated to payloads weighing a few hundred kilograms or even less. Moreover, the rocket will increase the European launch flexibility and responsiveness for small payloads.