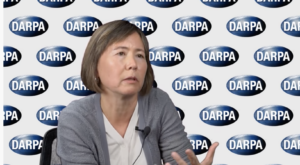 “Stefanie is someone who really knows and respects the agency and its importance to our national security,” said Peter Highnam, DARPA’s former acting director, who will continue to serve as the agency’s deputy director.

Before returning to DARPA, Tompkins was vice president for research and technology transfer at the Colorado School of Mines. She also held senior positions at Science Applications International Corporation (SAIC) managing research projects on planetary geology and imaging spectroscopy.

“I am honored and thrilled to return to DARPA, where breakthrough technologies are a near-daily occurrence. Such breakthroughs could not be more consequential for our national security, economic competitiveness, and our personal lives,” Tompkins said in a statement.