ViaSat on Feb. 2 received a $50.8 million contract from the Air Force Research Laboratory to develop a broad range of space systems.
SpaceNews 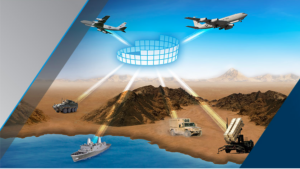 WASHINGTON — ViaSat, a provider of satellite communications and wireless networking technology, received a $50.8 million contract from the Air Force Research Laboratory to develop a broad range of space systems.

The Defense Department announced the contract Feb. 2. The contract was first announced Nov. 20. A spokesperson told SpaceNews at the time that the contract terms had not yet been finalized so the award would be reposted at a later day.

ViaSat is getting a seven-year contract for the development of “prototype space systems,” according to the announcement. This covers studies, design, manufacturing, integration, launch, flight and demonstration of satellites, ground terminals and other technologies. Under the contract, ViaSat would receive “task orders” for specific projects over the seven years.

AFRL’s Space Vehicles Directorate, based at Kirtland Air Force Base, New Mexico, has been working with ViaSat on other projects. The company in May 2019 got a $10 million contract to build a small satellite equipped with a Link 16 military communications terminal that will operate in low Earth orbit.

Link 16 is an encrypted radio frequency widely used by the U.S. military and NATO allies to share information across the battlefield. ViaSat’s satellite will serve as a network relay.

ViaSat has traditionally focused on geostationary satellite-based communications but has been expanding into other areas such as low-Earth orbit satellites, cybersecurity and network operations.

Viasat CEO Mark Dankberg told analysts in an earnings call in November that the company sees the the AFRL Link 16 satellite contract as an opportunity for growth in the tactical communications and space markets.

“The notion of extending the range of Link 16 through space is really pretty interesting,” he said. “The advantage is that there are many thousands and going into the tens of thousands and potential for hundreds of thousands of devices that are Link 16 capable.”

If ViaSat had the opportunity to build a fleet of satellites to do tactical networking, “we’re really interested in that,” said Dankberg. “And we have other applications that we’ve been working with government customers that do involve that, that involve either sensing or communications satellites in space. And so I think you’re going to see us do more of that.”