Less than a month after issuing a policy directive on space nuclear power, the White House released an executive order Jan. 12 seeking to promote the development of small nuclear reactors for space and defense applications.
SpaceNews 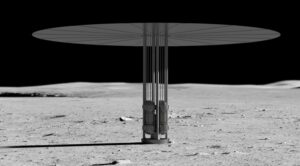 WASHINGTON — Less than a month after issuing a policy directive on space nuclear power, the White House released an executive order Jan. 12 seeking to promote the development of small nuclear reactors for space and defense applications.

The executive order, “Promoting Small Modular Reactors for National Defense and Space Exploration,” includes separate directions for NASA and the Defense Department to pursue small nuclear reactors for their uses, while cooperating on common technologies for those systems.

For space exploration, the executive order directs the NASA administrator to prepare a report within 180 days defining “requirements for NASA utilization of nuclear energy systems for human and robotic exploration missions through 2040 and analyze the costs and benefits of such requirements.” Those requirements include details such as power levels, reactor size and mass, and specific issues associated with operating such reactors in the space environment.

The executive order comes less than a month after the Dec. 16 publication of Space Policy Directive (SPD) 6, which outlined a roadmap for both space nuclear reactors and nuclear propulsion systems. It also prioritized development of surface nuclear power systems over nuclear thermal propulsion.

“One of the things that this executive order does it take it a little further,” said an administration official, speaking on background about the executive order. “It takes the goals we have from SPD-6 and develops a more detailed roadmap that integrates those space development programs together with terrestrial advances and developments.”

“SPD-6 is a really good start that takes us to a really good place,” the official added. “The executive order continues that advancement more broadly.”

Another section of the executive order directs the Department of Energy to complete a three-year effort to develop technology for the production of high-assay low enriched uranium (HALEU). NASA and the Energy Department previously identified HALEU as a potential fuel for space nuclear power systems, providing higher performance than low enriched uranium but without the nonproliferation issues of highly enriched uranium.

The order also directs the Energy Department to transition the HALEU technology to the commercial sector for larger-scale production. There is currently no commercial source of HALEU in the United States, administration officials said.

Other sections of the order focus on defense applications of small modular nuclear reactors, including a demonstration of a “micro-reactor” licensed by the Nuclear Regulatory Commission at domestic military installation as a test to see if such systems could meet Defense Department needs elsewhere. It also calls on the Defense Department to work with other agencies, including NASA, to identify national security applications of space nuclear power systems.

The executive order directs NASA and the Defense Department, along with the Energy Department and other agencies, to collaborate on a common technology roadmap “that coordinates, to the extent practicable, terrestrial-based advanced nuclear reactor and space-based nuclear power and propulsion efforts” through 2030.

Administration officials acknowledge there may be limits to technology cooperation between terrestrial micro-reactors developed for Defense Department applications, capable of producing megawatts of power, versus systems designed for the space environment that may produce only a few tens of kilowatts, like the ongoing Kilopower effort at NASA and the Energy Department.

“There’s sometimes a risk of forcing too much commonality,” an official said. “What this executive order does is ensure that there is a deliberate look at what those opportunities may be.”

The executive order comes with just eight days left in President Donald Trump’s term and amid one of the most chaotic, contested presidential transitions in American history, including riots at the U.S. Capitol Jan. 6 that killed several people and interrupted the formal certification of Joe Biden’s victory in the November general election.

Administration officials said there was no “race to the finish line” to publish the executive order before the end of President Trump’s term. The timing, they said, was driven by the interagency review process, stressing that the policy was in development for an extended period. “It’s the culmination of a lot of work by a lot of people at a lot of different agencies,” one official said.